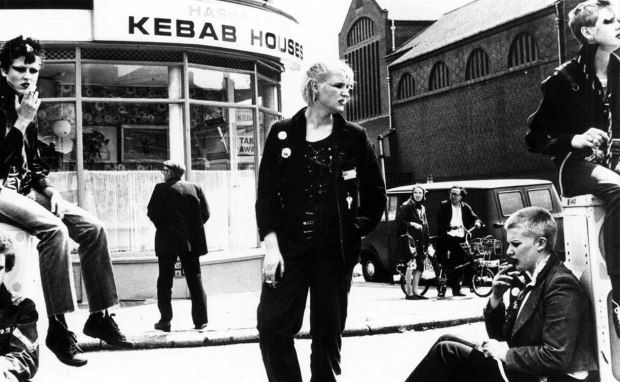 How I Watched: Hulu Plus

My name is Dino Larino (not my real name. I have a job). I like getting stoned. I also like watching artsy fartsy films. Some films are better to watch blitzed than others. So, I am going to try to watch every Criterion Collection film ever distributed while I smoke herb and decide whether it belongs in the Highterion Collection.

For a film to enter the Highterion Collection, it just has to be awesome to watch while stoned. That’s the criteria. Even if it is objectively the dopest flick to be devoted to film, if it sucks whilst exuberantly exuberant, it will remain in the Criterion Collection. Sorry.

Full disclosure: While I have seen many Criterion films, I haven’t seen a lot while high. Maybe the thing that makes them Criterion Collection films is that they are amazing under the influence. I don’t know. Let’s find out together.

Also, if you have any suggestions for upcoming Highterion films I need to see, definitely leave them in the comments.

And so you can play along, I will tell you the next film up for consideration.

Stay faithful my friends and enjoy the magic carpet ride.

To start off this film review column, I wanted to begin with a film that had a batshit insane plot synopsis. This one has just that. It is basically about how Elizabeth I uses the powers of some dude and his creepy leotarded buddy to travel to the future of England and see what’s happening. I guess she was just curious. The story from there focuses on a punk gang of women as they create havoc and philosophize about the current state of the UK. So, right away, this is right up my alley. 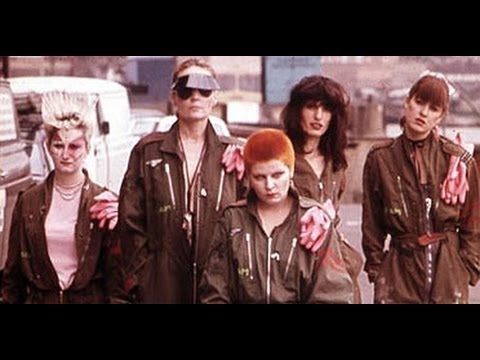 I am going to be completely honest (cause honesty is key to every relationship), for much of this film – like the first third – I had no fucking clue what was going on. I didn’t even realize two characters were played by the same actress. There was a lot of yelling by this character named Mad, which I guess makes sense. Mad was this ultra-violent nihilist played by punk rocker Toyah Wilcox who has the most beautifully vibrant orange buzzcut and an amazing affectation that makes everything she says seem like it is the secret of the universe. For her performance alone, the film is worth seeing.

The plot, once I could really grasp it, revolved around this gang just enjoying life and youthful anarchy, while trying to get a record deal from this super-crazy media magnate played to creepy perfection by Jack Birkett. At some point, some cops kill two incestuous brothers that were members of the gang, so Mad and Bod, a non-descript blond, but centerpiece of the gang, seek revenge, disemboweling a street cop in broad daylight. This causes Mad to break down and begin crying, but I can’t really tell why she starts crying. Maybe the anger and violence was all a facade and even Mad can’t take it. That’s probably it. The film ends with the remaining members of the gang hanging out with the magnate at his summer home in the countryside, after getting a record deal. Elizabeth I comes to some conclusion or some shit and the film ends. 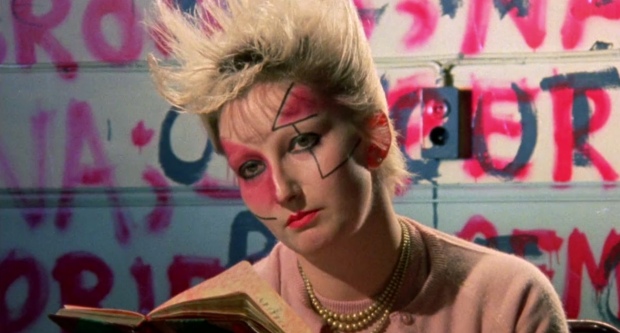 Ultimately, like the best Criterion flicks, the plot felt like second fiddle. Instead, there were these amazing set piece scenes that were worth watching. The character Amyl Nitrate, which is such a great fucking name for a character, sings this wonderfully grandiose performance of “Rule Britannia” that you should YouTube this instant. As well as an impeccable performance by Lounge Lizard, played by transgender punk star, Wayne County, that culminates in her death at the hands of our “heroic” gang. The director, Derek Jarman, utilizes many shots that manage to keep the entire gang into frame without feeling crowded.

When talking to others about this film, though (like I said, I really did not fully understand what was happening), I described it as a Rocky Horror-esque non-musical directed by David Lynch through the lens of 1970’s punk rock. I still stand by that assessment. While the subject matter and characters are disjointed and chaotic, the scene composition is anything but, with dazzling work made of pulling every piece into a mosaic contrast of the whole.

It is absolutely fantastic and I haven’t even gotten to the main selling point. The soundtrack is filled to the brim with kickass fucking music, with cameos from Siouxsie and the Banshees as well as major scenes with Adam Ant. The film is also scored by Brian Eno, which speaks for itself in its lulling, gorgeous punk sensibility.

Again, while advertised as a punk flick, expressing punk ideals with punk visuals, the film is really a foray into feminist anarchy. Anyone with anything interesting to say is female. All action is done by females. Men are possessions, often violently disposed of post-coitus. Adam Ant spends most of his time watching TV while females philosophize around him. In fact, the only male characters of action are the police, symbols of the male patriarchal establishment. The film is an ode to what punk and the future could behold and it isn’t necessarily pretty.

All in all, the film has everything I’d hope for in a first addition to the Highterion Collection. Every scene buzzes and fizzles with animated characters and interesting visuals. The music delights and rocks. Toyah is fucking awesome and deserves to be everyone’s spirit animal cause she don’t give any fucks, except for when she disembowels a cop, but we got you, Mad. We got you.
HIGHTERION CERTIFIED!!