This movie is all over the place. Right from the get-go, a motorcyclist has an unfortunate run-in with Wick’s car, and the wreckage is sent in pieces all around your head. Then suddenly, John is quietly whispering with an adversary. The entire movie weaves in and out of near silence then pure chaos, and while this might sound obnoxious, it’s a beautifully immersive experience that doesn’t let up until the credits roll. Here are some of the best scenes:

• Chapter 2: A neverending car chase after a fresh rain. Ridiculously incredible overheads interacting with the music

• Chapter 4: People walking around and talking in a quiet museum makes it feel like people are all around you

• Chapter 8: Shoot-out in the Roman catacombs. Echoes and bullets bouncing all over your head

• Chapter 13: Another gunfight, accompanied by a bass-thumping classical score that bounces off the ceiling before giving way to a “god’s voice” intercom immersion in a neon-lit hall of mirrors. It’s fucking BONKERS

While not too many people consider this the pinnacle of the Wick saga, this is my first foray into the home-viewed Atmos John Wick movies, and wow, was I impressed. The music is ever-present and interchanging with the action, and even in the quieter dialogue-driven scenes, something is always crawling across the ceiling. They did an amazing job with this mix, and I’d definitely say this is a demo-worthy Atmos title.

Well, here we are! We’ve come to the end of another year, and the hosts of CinemAbysmal: The Podcast are here to round up their favorites. We’ve included some surprises, like some stuff showed on (gasp) television! Amazing writers and directors are choosing this medium over Hollywood lately, so get over it. Anyway, enjoy the picks and let us know if you agree with the selections or want to let us know about any of yours!

8. Guardians of the Galaxy 2 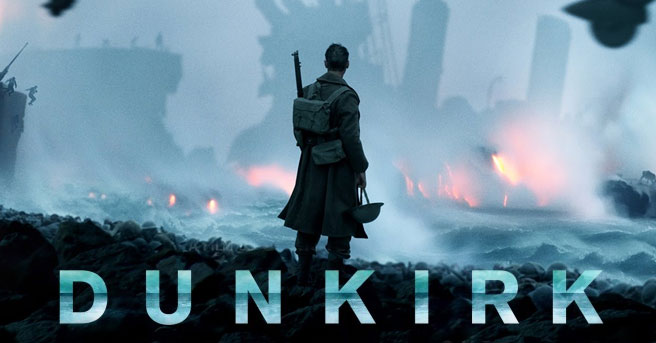 While I will contend that this film is style packed on to very little substance, the style is enough to carry this fucking joy of a film. Ansel Inglberghumperdink kills it, though every shot looks like a different actor. Wright is the king of this kind of movie and a heist flick is always welcome in the Lemons Casa.

This is a brutal fucking film that takes the Alien film and turns it on its microscopic head. Boasting a boring title and a lackluster ad campaign, this film snuck under many noses as just more space peril, but the stellar cast and nihilistic viewpoint thrive in this earth-shattering, intense horror sci-fi flick.

Sure it is French and not as fucked as we could imagine a French horror being, but the thrill of this film comes from the humanity within it. Focusing on a vet student with a lust for human flesh, we see the making of a monster in her most vulnerable and interesting state: maturation.

Soderbergh is officially king of making films better than they have to be in  this rural heist movie; a genre that produces at least one interesting film a year. The film is funny, inventive, and builds around a story of idiots making smart moves.

Pennywise is back in this 80s remake that feels fresh and new, despite rehashing the same King notes down the line.

A frolicking flick for fans of 70s creature horror and Vietnam action fare. A nice mix of old school fun and new school aesthetics bring out the best in a revival of the Kong series.

Easily the most fun I had watching a film all year. Non-stop action pours out and rubs against your legs in a manner that would be creepy if it weren’t so beautiful.

KEY-AH-NEW! We get more Keanu as he plays a minor villain (?) in a story of a girl caught between warring factions in a dystopic wasteland. Cast, thrills, and story is a lovely morality tale in a land without morality.

Denis Villanueve fucks us all real hard and good in bringing to life the future of Ridley Scott’s world in a film that is brilliant on its own before blasting your mind brain apart with its connections to the 1985 classic.

Every couple years comes a film that blows your heart apart and depicts some epiphany about the world around us. It changes the way you speak to your loved ones and the way you see yourself. A Ghost Story is that film 100 times over. A triumph unlike anything else.

As far as straight-up coolness goes, no film matched this one in 2017. Between the literal trippy scenes, the music, and the jaw-dropping cinematography, this almost alternate dimension, post-apocalyptic thrill ride is sure to quench any action fiend’s thirst. Plus, Jim Carrey being weird as fuck.

Holy shit. This is one crazy good flick. Jon Hamm is a hologram. Tim Robbins is at his best since The Shawshank Redemption. Geena Davis’ performance will tear your heart out. If you’re easily upset by dementia and Alzheimer’s in film, this one will probably get to you. It’s a little too indie to catch any awards action, but if I had a vote, I’d be all over this little wonder.

Oof. Speaking of having your heart torn out. Yeah, yeah, Casey Affleck is an asshole. Don’t fear, though. He spends most of the film under an actual bed sheet. That is beside the point of this incredible movie, though. Casual movie watchers beware: this is not a horror film. There’s hardly any dialogue for long stretches of time. But what it says about us as humans and the mark we leave on those we love is just heart-wrenching. Absolutely beautiful movie.

I finally got around to watching this movie today after hearing about it nonstop for the last year. Oh man. I really dig Woody Allen films, and though this movie reminded me of Allen’s golden age in the late 70’s, it’s something entirely different. With that signature Apatow feel, this true life story between Nanjiani and wife Emily Gordon is funny as hell at times, and gut-wrenching at others. Also, they could not have gotten a better cast together for this. Zoe Kazan is amazing, Ray Romano is hilarious, Holly Hunter kills it, and god damn. Who knew Kumail Nanjiani could carry a film in a lead role? Also, Michael Fucking Showalter directed this! Looking forward to his new career path. Upsetting to see this got snubbed at the Golden Globes, but I recommend this one for anyone that’s enjoyed any Judd Apatow or Woody Allen films.

I know. It’s TV. But fuck, watch these 8 ‘episodes’ (creator/god Noah Hawley calls them ‘Chapters’) all together and it’s one of the coolest movies you’ll ever see. Yes, it’s Marvel. But it’s nothing like you’ll ever see in that universe. The music is incredible and the cinematography is one of my favorites in anything that I’ve ever seen. I’m fairly sure I watched the seventh chapter four times, and it’s absolutely thrilling to watch. Speaking of snubs, where the hell is Aubrey Plaza’s nomination? Seriously though, check this out if you haven’t yet. It’s essential. 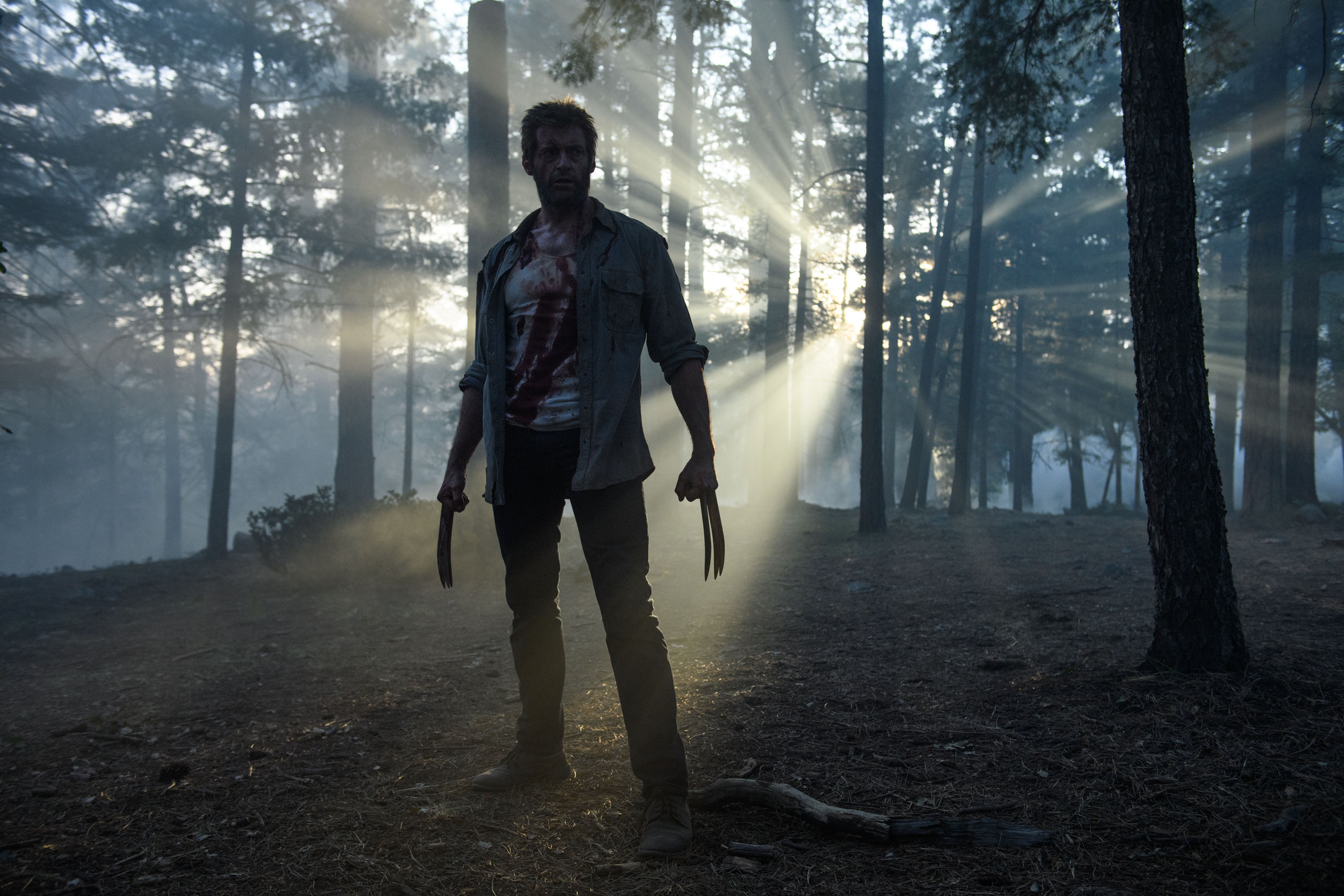 Wow, man. I waited too long to see this one. I love Westerns, and this – though it’s a Marvel film – is one of the best Westerns I’ve ever seen. There’s no cowboys, but there’s pretty much everything else. I really dig James Mangold’s 3:10 to Yuma and Cop Land, and the Rated R feel is perfect in this. It’s different than Deadpool, as much of this film is not funny at all, but the violence seems to never let up. I think Patrick Stewart delivers one of the best performances of his career, not to mention Hugh Jackman’s stellar and heartfelt spin as Wolverine. I know that Disney just power-grabbed Fox, but I’m really hoping we’ll get more R-rated superhero flicks. We deserve it.

There’s not much to say about this flick that hasn’t already been said. So instead, I’ll just tell you how it made me feel. I have never been more uncomfortable sitting in a movie theater. At times, Jordan Peele’s funny side shows, but it’s more like nervous laughter than anything else. Peele designed the film this way, knowing white dudes all over the country were going to be watching it. I sunk lower and lower in my chair as the movie progressed, and though the movie isn’t particularly scary, the chills are incredibly effective in other ways. One of the better metaphorical film packages I’ve ever seen. Jordan Peele directing is going to be pretty damn awesome for years.

I really don’t like going to movie theaters, but I couldn’t pass this one up. So I went twice. Pennywise has been in my life since I was a kid, and I just read the book again last summer to refresh myself for the film. Though I like to fantasize what the first part of this two-headed monster could have been with Fukanaga at the helm, I think Muschietti did a damn fine job bringing history’s most horrifying clown to life. One of the most important things to remember with Pennywise is that It is not just a clown. It’s an interdimensional being out of time as we know it, and this film captures that perfectly. Not to mention, holy shit, some of the finest kid acting I’ve ever seen. I love this damn movie and can’t wait for Part Two.

I noticed that all three of us made this our second favorite film of the year. And if it weren’t for the next one, it would have been my favorite by far. I really dig the original movie, but everyone knows that it’s got its share of problems. Not 2049. This movie is perfect in every single way. Gosling was the perfect choice as the lead, his performance muted, yet commanding. Ford is great as an older Deckard, but the performances are just a small part of this gigantic event. The music, cinematography, story – everything is absolute perfection in this. From beginning to end, I was floored in its scope. Villenueve may be the greatest living director we have…but he’ll have to wait for this next guy to leave the throne first.

It’s not technically a movie. I know. But fuck off. It is filmed like a movie, and it’s the weirdest, most fucked up, absolutely beautiful thing we’re ever going to get in a theater or a television set. I’ve been waiting for a return to Twin Peaks for most of my life (not to mention a return from David Lynch doing anything), and now that I’ve finished this round, I don’t think I could be more satisfied. No, it wasn’t the same Twin Peaks. Like, even a little. But what we got instead was David Lynch free to do whatever the fuck he wanted for 18 hours and it is the most batshit insanity he’s ever produced. It’s violent, maddening, ridiculous, beautiful – just one of the craziest things that has ever been produced in any medium. I love that Showtime did this and hope it opens doors for other creative geniuses. Kyle Maclachlan turns in one of the greatest performances of not just his career, but television and film history as not just Dale Cooper, but three brand new characters. And don’t even get me started on Part Eight. This is the greatest hour I’ve ever seen on television, and may be the best and most Lynch piece that Lynch has done in his illustrious career. Fight me. I could legitimately go on for hours about his glorious cinematic event, and if you know me personally, you’ve probably caught some of it already. I’ll leave it here, though: we’re never going to get anything as insane as this again. So if you get a chance, sit down for a weekend and crush this. It’s the best and craziest “movie” you’ll ever see.