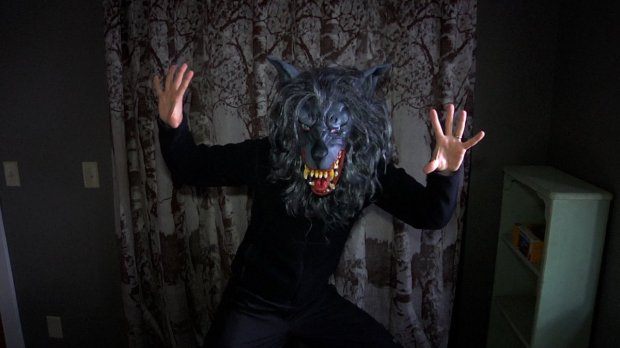 First of all, this was not supposed to be the psychological horror movie that it turned out to be. Apparently, Duplass and Brice showed the early cut to their friends and they suggested they turned the mostly improvised story into a horror movie. There’s word out there that it even has three alternate endings (the one they left in was pretty damn good).

Most people know Mark Duplass as Pete from The League on FX. And while I find him pretty damn hilarious in that show, I think I respect him more for his efforts in producing, writing and directing ‘Mumblecore’ films and TV shows such as The Puffy Chair and HBO’s Togetherness. I’m not exactly the hugest fan of this breed of film, but I appreciate it because it reminds me quite a bit of 1970’s Woody Allen. So when I saw he was in a pseudo-found footage film, I was pretty excited to check it out.

Mark Duplass is definitely the best part of this movie. It’s perfectly titled, as he is truly creepy as Josef, a dude hanging out in a cabin in the woods who hired a videographer for one day on Craigslist. The protagonist, Aaron (Patrick Brice, who actually directed the film as well), is pretty great as the videographer that is suffering through Josef’s pretty damn annoying antics, until you see something else is really wrong with Josef. I’ll stop there, but it’s a pretty excellent portrayal of crazy by Duplass.

Creep isn’t perfect. In fact, at times, it feels a bit insufferable with Mark Duplass doing everything he can to be the most insane, obsessive person on earth. What it is though, is a nice departure from the found-footage films we’ve been force fed over the last couple decades. There’s very natural discussions, which leads to some pretty convincing fear and scares coming from the actors. Don’t expect it to be too funny with Duplass, but just sit back and enjoy what’s about to hit you.