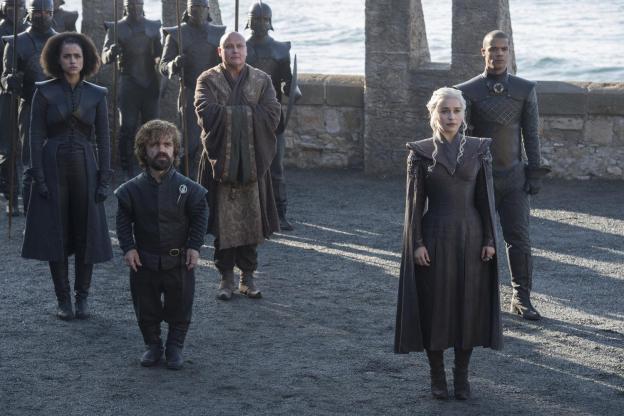 A Recap of Thrones: Season Seven, Episode One: Dragonstone

Dragonstone is a small island off the eastern shore of Westeros and on it is the castle of Dragonstone. It was here Daenerys grew up, and we last saw it as Stannis and his men left it to go get their asses handed to them at Winterfell. Just a fun reminder for the end of this episode, which beings as such:

Somehow we are supposed to believe that Arya’s assassin skills are so good she’s able to take on the face, body shape, and voice of Walder Frey. Am I the only one that is having a hard time believing that? No? Okay. So suspend all disbelief as she does make a fairly badass move and kill all of the Freys while wearing his face and their followers. Not a bad bit of revenge. It’s interesting to see Arya murder an entire family and the people who followed their orders while Jon is over at Winterfell sparing the families of people who betrayed him. Interesting juxtaposition.

Sansa is arguing with Jon again for some reason. He should probably listen to her more and heed her counsel and she should stop acting like she deserves to run the North and lead a war with White Walkers with zero military experience. If they’d just work together god dammit. 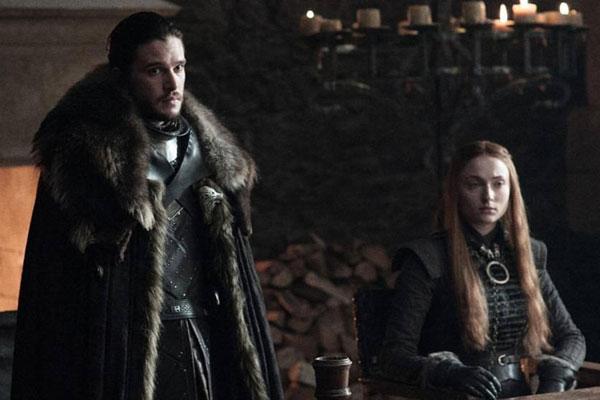 Sansa wants to give the castles in the North who were for the Ramseys to new loyal families, and Jon doesn’t want to punish children for their father’s mistakes. Hard to say who’s right here. Either way those two need to start getting along. The good news is that Sansa isn’t taking any of Littlefinger’s shit either. Hard to say where her character is headed but let’s hope that Sansa and Jon can start uniting together. Tormund and Brienne are still flirting and I’m digging it to high heaven and back.

Cersei has really lost her shit as she takes counsel from her brother/ex fuck buddy, Jamie. Cersei has sent word to Jon in the North to bend the knee or she’ll come after him. With what resources? She lost her feed from Highgarden and she’s got enemies in every corner of the Kingdom, and she’s well aware of Dany headed her way too. She even knows that she’ll probably go to Dragonstore (which I don’t understand why she’s not doing anything about that one, but whatever. I guess lack of resources). Cersei has accepted Euron Greyjoy’s fleet on her side, but he wants marriage in return and Cersei refuses. He says he’ll return with a gift to change her mind. Unless it’s Tyrion’s head on a stick I’d say good luck with that. Anyone who wants to marry Cersei is clearly insane, although maybe that’s the kind of partner she needs.

Bran and Meera show up at The Wall and are let in. Not much to report there except Meera must be real tired of dragging Bran around on a sled for hundreds of miles.

At the Citadel there is a lot of soup and shit going on and a weird montague to prove it (it’s truly gag worthy). Sam is trying to find out about Dragonglass to kill white walkers, but he’s not a maester yet so he can’t go in the restricted section to read about it. Harry Potter undertones much? To top it all off Professor Slughorn tells him he can’t have access so I’m literally having Half-Blood Prince flashbacks. In the end, Sam steels some keys and reads some books to find out that there is a fuck ton of Dragonglass beneath Dragonstone. Seems kind of obvious. Also Jorah, who has greyscale, is locked up in a sick ward in the Citadel and asks Sam if Dany has arrived yet. He clearly has no fucking clue. Sam writes to Jon to let him know his future wife will soon be sitting under a bunch of Dragonglass. 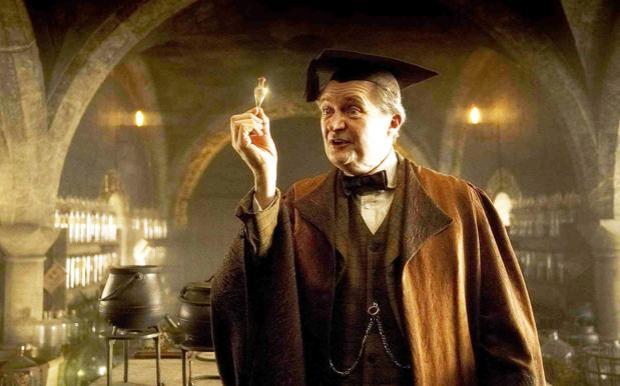 The Hound is with the brotherhood without banners, and they go back to a house where he robbed a family of their gold and food before he left them to starve. They’re skeletons now and he feels kinda bad about that so he buries them. Then he sees a vision of white walkers in the fire passing the wall where it meets the sea. Foreshadowing much? 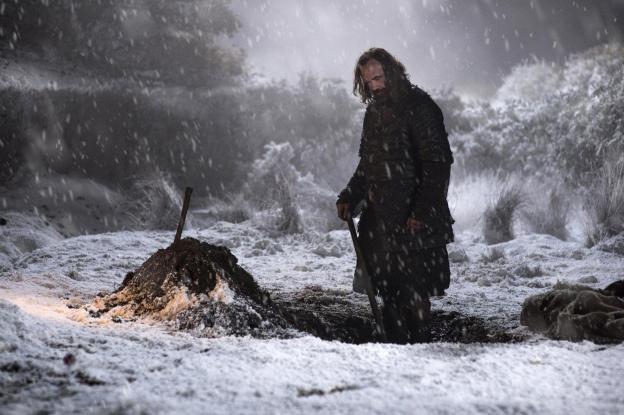 In a forest somewhere, Arya happens upon Ed Sheeran who’s doing some impromptu singing. Nothing like that ginger face to take you out of the world of Game of Thrones and into that ‘what the fuck world am I in right now’ place. She sits down with him and a bunch of Lannister dudes. She jokes that she’s going to go to King’s Landing to kill the Queen and they all laugh. Weird scene, kind of hated it. 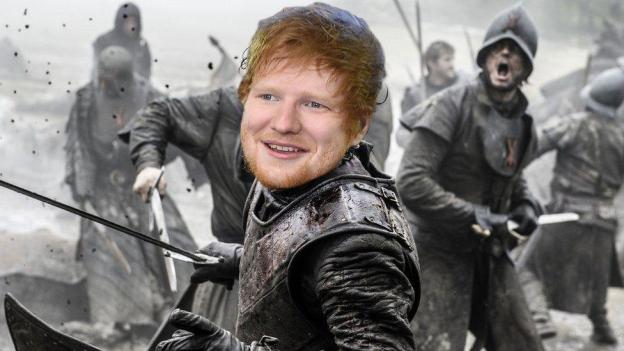 I kind of hated this entire episode actually. They made us wait an entire year for cameos of Ed Sheeran and a montage of shit and soup? And we are all supposed to believe that Arya is a master assassin even though she never completed training? I mean….whatever. Game of Thrones was a show about surprises. I wholly approve of Jon coming back to live, but I feel like ever since then nothing is very surprising. This episode was entirely predictably. I need a Stark death to shock me back into a good TV show.

The saving grace of the episode is Dany arriving at Dragonstone, passing by the throne and into the war room, turning to Tyrion and saying, “Shall We Begin?” And yes, finally that is exactly what we’ve all wanted to happen for over a year now. It starts to feel like the episode has actually begun! Unfortunately the episode ends with those lines and we are left wondering what we were so excited about with this premiere.